Battle reenactment 13th of May

Αναρτήθηκε από Tsakiris Travel την April 23, 2018
The heroic acts of Greeks during WWII have been immortalized by books and Hollywood films. The Greeks were the first to stop the massive army forces of the Axis Powers and thanks to those soldiers Europe had hope again. Those heroic young men and women shown Europe that no matter how strong is the Enemy a win is possible.


On the Sunday 13th of May we organise a day trip from Thessaloniki to
Roupel's  Battle Re-enactment. 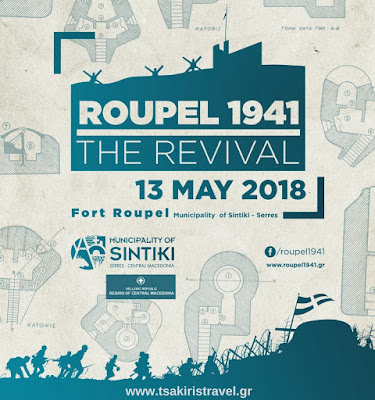 Fort Roupel is a fortress at the north border of Central Macedonia, Greece, built in 1914. It became part of the fortifications of the Metaxas Line in the 1930s and became famous for its defence during the German invasion of Greece in April 1941.  Its force during the German attack, on the 6th of April, was 27 officers and 950 soldiers, with a projected force of 1,450. The attack was assigned to the 125th Constitution, which had experience of such operations, since it had taken part in the liquidation of the "Mazino Line" in France, reinforced by a mountain hunters' farm and a technical craft. His effort supported an Artillery Constitution and three independent Army Fighters, as well as a number of aviation. 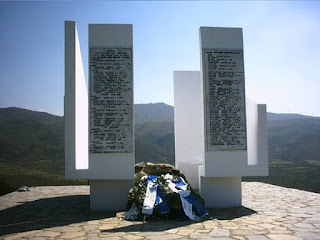 The battle lasted 4 days with the heroic army protecting the Fort under the constant attacks of the German forces. The German efforts met such great resistance, that finally led them to by pass the entrance point of Bulgaria and to advance from the Yugoslavian borders. The Germans two days later entered Thessaloniki, but Fort Roupel was still fighting. On the 9th of April German messengers arrived demanding for the Fort to be surrendered and delivered to them. The Heroic  Lieutenant Colonel George Douratsos: "Forts are delivered only if they are taken by the rival."

On the 13th of May we will visit the Roupel reenactment and we will be able to honour the fallen of the battle of Fort Roupel. The love and the respect of the locals has led to this historical re-enactment to take place for a 3rd time, so I will use the locals text to describe what we will see during our visit:

BATTLE REVIVAL & FORT ROUPEL’S SURRENDER (6-10/ 4/1941)Live minute by minute the furious effort of the Germans to occupy the FORT – SYMBOL and the heroic resistance of the few defenders. You will be touched by Governor Douratsos rejection -“OHI” (ΝΟ)- to surrender. Memories come alive again at the legendary Fort Roupel in Serres. Groups of people (from Greece and abroad) dressed with uniforms of World War II and armed, along with stunning effects, explosions, flight simulations etc. will get us back in time. History still moves in Roupel, 77 years later!!!

Four reenactment teams from Europe and Greece will portray the events of those days. Join us in this Historic Reenactment, this small homage to those who fallen, who fought, who survived. You will be rewarded by the beauty of the area and the blessing to be part in something bigger. Make a step off the beaten path to an event that even Few locals now.

So Join our Daytrip to Roupel's Battle Reenactment from Thessaloniki!
Participation 15€
Reservations more information at
tsakiristravel@hotmail.com
and +30 2310720566
Daytrips WWII